Suz Hinton talks about her transition from Microsoft to Stripe, mentoring and advancing one’s career and live coding. 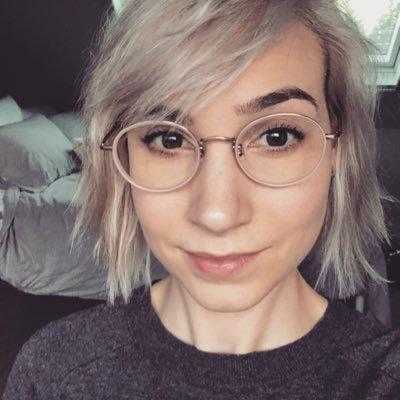 Michaela:: [00:00:00] Hello, and welcome to the software engineering unlocked podcast. I'm your host, Dr. Michaela. And today I have the pleasure to talk to Suz: Hinton. Suz: is a senior software engineer at Stripe. She's a full stack engineer that also loves tinkering with hardware and in addition, she regularly streams live coding sessions on Twitch. She's involved in open source and is a recognized international speaker. Today, she joins me to talk with me about her experience working at Stripe and her prior experience working at Microsoft. So I'm super thrilled. Thank you to that you are here with me today.

Michaela:: [00:00:36] Thank you so much. So, so you recently started working at Stripe. Can you tell me a little bit about your role and what you're currently working on and what are your responsibilities? How does your day to day work look like?

Suz:: [00:00:47] I started at Stripe, I think about three months ago. And I'm a Developer advocate, I guess, in a way. Um, and so I work with basically a lot of people internally and also with the community and users of Stripe at large. Um, right now I'm actually focusing on. The terminal product offering that we have and terminal is an in-person payments product that we have. And so let's say you start out as an online business. Um, a really good example of this is Glossier who has really awesome cosmetics and personal care items. And let's say you become successful, but you'd then like to go and open a physical retail store. Like we, we actually have a story there and we can basically offer you some pre-certified readers. Um, And we have some really nice APIs that are in line with our regular payment APIs in order to get started with that. And so I focus on that particular product. I work directly with the product team. And so right now I'm working with the terminal product team and I'm trying to reduce the amount of time it takes for you to unbox a reader, to actually get it registered with your Stripe account, and then to start taking a test payment. Right now, I don't think that time is as fast as it could be. And so making a lot of tweaks and changing some of our software and our documentation in order just to get people up and running as fast as possible. So it's a really a satisfying project that I'm on right now, just because you can act actively, feel yourself improving the experience. And then that obviously has a multiplier effect to a lot of software engineers out in the wild who are actually using Stripe terminal.

Michaela:: [00:02:25] Yeah, that sounds really interesting. And it also sounds like you have to understand the customer. So are you really in contact with the customers?

Suz:: [00:02:34] Yeah, so Stripe does a lot of user research, um, and I don't necessarily have to always be out there sort of feeling the tough. And rough corners of products that we have in order to do that. And so we regularly perform a lot of user research. Every time we change our APIs, or every time we notice that we have a really interesting new user who has a really interesting case. Study that we can sort of look at. We tend to reach out to them and we have a whole team that does that. And we can invite along to those user research sessions as well for us to learn. Um, we also get a lot of feedback that, um, we solicit via online platforms and also just reaching out to people individually as well. So. I think that that's obviously one of the most important parts of my job is not just to see it from my perspective, but to actually understand how people use this every day. Um, and to kind of challenge a lot of the assumptions that we might make and totally about things like API signatures, um, how, how you can actually, um, error check and handle errors, but also just, you know, Uh, people understanding how to use our software based on how we're actually presenting the documentation to them as well.

Michaela:: [00:03:46] Yeah. I find it really fascinating. So can you tell me a little bit about, um, how you really work with this UX researchers? So you said you can invite yourself to the studies then I guess that they also write down their findings in some sort of documents, or how does that really look like? How do you consume those information?

Suz:: [00:18:21] Yeah, so I started as a technical evangelist and that's in the sales organization. Um, and that's when I knew that they didn't really screen a lot for technical experize and things like that. And I felt that I was being held back because when people see that you're in the sales org, they tend to not be as willing to engage with you from a technical point of view. So that's when a new team, um, spun up, which was in the engineering org. So when that started, I waited a few months for the dust to settle and moved over to that team to see if I could get any further in trying to do quality work, um, on the engineering org, instead of on the sales org.

Michaela:: [00:19:00] But your experiences were quite the same between those different orgs.

Suz:: [00:19:04] I would say that there were just different games. Um, and I would, I would say that I was rewarded for doing different things. I think that the second team in engineering was way better set up to succeed. Um, but that didn't necessarily mean that your relations with product teams were any easier to forge. If that makes sense.

Michaela:: [00:19:26] Yeah. Yeah, yeah. Everything that you say. I mean, I can totally understand that you wouldn't like to be in that position. I think few people, I mean, some of them might strive in such a setting, but few people would really strive in that setting. Um, from my experience working at Microsoft, I see that there is. A lot of diversity in teams. Like the culture is very different. I worked with, with a lot of different product teams in the, obviously the engineering org, but even there, I could really see that. For example, the office engineering org is very, very different than for example, windows or, you know, visual studio, things like that.

Michaela:: [00:20:05] So that's really interesting to hear, um, your, your experience. So looking back there, things, can you say that you learn something that you would do different and when you now decide to join a company, even, you know, when you decided to join Stripe, which signs and signals did you look for that you think, well, these signals, somehow, if you will fit there and if you will be happy and if you can strive there

Suz:: [00:20:28] For Sure. Um, I think the first thing that I learned was to ask really tough questions in an interview. I think that because the Microsoft door opening for me, it came so sporadically and out of the blue. Um, I always sort of just like really swept up in the excitement of the fact that Microsoft, you know, Actively reached out to me and that, that were excited about hiring me. And I spoke to a few people on the team who had only actually been there for about three months. Um, so they were still obviously really excited to be there. And I think that it just didn't do my due diligence because I got too excited and I always feel like I don't have the power in that dynamic. And so I sort of realized that if Microsoft reaching out to me that. Maybe I have safety and asking some of the tougher questions in the interview and not being afraid of asking them and just trying to find people within the company that are of a similar personality to me that I can talk to you. And I've definitely done that since, you know, I asked much more tough questions at Stripe. Um, I, I also interviewed at Google and Amazon as well at the same time. And I asked. Very very, very specific questions and actually asked to speak to more people even after my interviews. So, you know, I wanted to follow up with someone who let's say works on open-source or Google in their spare time. And like, you know, what are the challenges behind IP ownership and things like that. And so I tried to be a lot better at that. Um, this time around in doing that, given that I was in a, obviously a very privileged position, I was interviewing for a, you know, several large tech companies. I sort of sized up whether or not, you know, I was. In a position where I had the safety to do that, and I did this time. So that was really good. Um, I think also just the signal to look for once you join a company, is, uh, people giving you weird advice. Like they're trying to teach you how to play a specific game. I think that's something that I was. Very frustrated upon running into it, Microsoft early on, but I definitely feel that maybe I stuck it out a little too long and didn't trust my gut. Um, I think it's important to mention that changing jobs for me is not just. Sneaking out doing an interview and signing on the dotted line and giving my two weeks notice. I'm actually not an American citizen or an American permanent resident, but I do work in the United States. And so I required, VISA sponsorship, which is a multi month. Very stressful. Yeah. Very bureaucratic process. Every time I want to change jobs. And so I do tend to dig in a little longer, um, just because psychologically and mentally, it takes a huge toll and financially to take some massive toll on me to change jobs. Um, but I think, I think that that's just more important on me asking the right questions before I joined a company. Um, and I think that that's actually been a really positive outcome. That's come from that. If that makes sense.

Michaela:: [00:23:23] Yeah, I totally understand that I was also a US visa sponsor and I was always super frightened that one day I would get fired and I don't know what to do.

Michaela:: [00:23:37] I don't know, it wasn't very realistical event or something, but you know, if there were layoffs, I was like, completely shut down. I was like, Oh my God, the company is laying off people. And what happens, you know, if they would decide to lay me off.

Suz:: [00:24:14] is. That's really Michaela:: [00:24:15] true. Um, so, well, can we talk a little bit about the software engineering process at, as Stripe? Because I'm super interested in how either. Different companies and different people, different teams developed software. And one of my favorite topics code review. So I would love to talk about code reviews with you.Um, what code you have your practices have you experienced during your career, the different companies and what stands out for you where you think well, that's really, that makes a good code review practice.